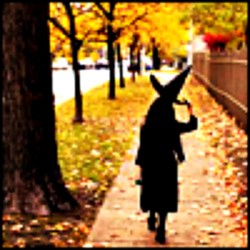 Daredevil: Back in Black vol. 4: Identity by Charles Soule I seem to be in the minority here, but this is what I was waiting for, the greatness that I saw in this comic from the beginning, the characterization of Matt that I knew Soule was capable of.

Focusing finally solely on Matt this time 'round, Soule takes him back to the character that I've always loved, takes him back to darkness and religion, and his complicated relationship with both. Also, kinda pointing out what an asshole he'd become in the Waid comics, which... I honestly gotta love.

This is also the reveal of how and why the world forgot his identity, and his role in it. What happened between him and Kirsten, him and Foggy. And, again, in the minority, but I thought it was wonderfully handled (though, I gotta admit, I'm gonna disagree with the priest here that he protected Kirsten by not revealing himself to her; he protected his own self, as he tends to do, and that's in-character, but the comic telling me it was something noble or justified made me side-eye it just a bit.)

There's a two page panel that I adored, that I think perfectly sums Matt's struggles in one image without words: Matt is being carried on his back, a Christ-like figure, with the worst, most evil influences in his life at the front, Kingpin right beside him with Foggy trying to reach over Fisk's shoulder to get to Matt, and Milla behind him with her hand on his shoulder. Elektra at the bottom of the panel, reaching for him, his father and mother at his head, Jack muscling past Bullseye, Karen behind him. The edges fade into darkness, with every character that's crossed his path, for good or for evil, crowding around him. This was modern Daredevil at its finest.